Since the start of 2019, a Scania truck with Plug-in Hybrid Electric Vehicle (PHEV) technology has been in operation for HAVI logistics in Stockholm delivering goods to McDonald’s restaurants in the city, between 22.00 and 06.00. 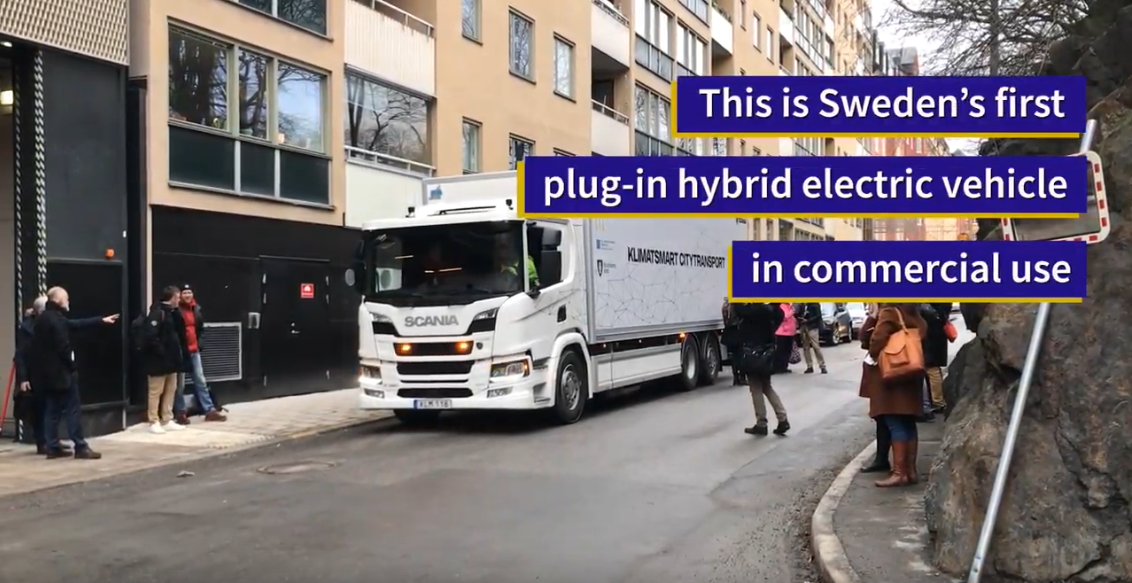 Night-time deliveries in the city are currently not allowed, but if we could find a way to make it possible we can move some of the traffic from daytime to night-time and decrease congestion, said Robin Billsjö, representing Stockholm’s stad, who are also part of the project. The truck is currently operating under a temporary license.

While Scania and Stockholm’s stad will be gathering data about the truck to further develop cleaner technologies for logistics, ITRL will be responsible for measuring noise levels and looking into what areas can be improved. Since the truck is silent, other sources of noise are more pronounced.

A few years ago we were involved in a similar project, and we realized that in two out of three spots the noise coming from the actual unloading of the goods was being drowned out by ambient noise, but the third spot was too quiet and the noise was noticeable to the people living there, says Anna Pernestål.

The truck uses two engines, one electric and one running on HVO, a low CO2 diesel substitute. By means of geofencing the truck will automatically switch to the electric motor in the city, while the HVO-powered engine will be used to drive the longer distances between the city and the depot in Tumba.

The data gathered from the project will be part of the EU-initiated research project ECCENTRIC, and hopefully the findings will suggest how to make city logistics more sustainable.

It is not enough to just make better solutions, we also need to use them in a smart way. To do that it is very important to test these solutions in real life, since simulations can only get you so far, says Anna Pernestål, Director of ITRL.